Over the years WTM has become an event with two very distinct parts. On the one hand, you have the large destination stands taking up the majority of the show. Meaning the key focus of the event tends to lean towards experience, but if you dig a little deeper, the trends and future of the industry are also on show.

This means if you look past the countries sparing no expense to bring a little corner of somewhere unique to autumnal London, you can find the companies shaping the industry over the next few years. This part of the show is a lot smaller but no less exciting or imaginative.

So what was on show?

Many of the destinations put on extremely lavish shows. The ideas on display at these stands are less about innovation and all about spectacle.

So who’s coming with me to Bolivia? @wtmlondon has got me wanting to visit pretty much everywhere! ?✈️ Lets get Travel planning!

The single purpose behind these stands is simple; they’re here to deliver a “flavour” of the country. However, with so many stands this can make it a challenge to stand out when surrounded by so many other exotic destinations.

So for these larger stands, they tend to rely on a few tried and tested techniques. The two most common in the travel industry are food and experience.

Was everywhere, with many stands offering all manner of local delicacies. Food and drink is always a favourite, and in recent years the rise of food tourism has only enshrined this position further. Its popularity has made it a very competitive arena, with many countries bringing chefs and more, all trying to push the boundaries of what is expected of exhibition cuisine.

The other way to let people get a real feeling for your country traditionally was to bring a bit of the culture to them. In recent years this has become much more interesting with the rise in experiential at events. Experiential has led to increasingly thought-provoking productions and a lot more focus on authenticity around the countries use of their “culture”. The trend at such events is towards spectacle, with everything from dancers to realistic recreations of culturally rich histories and peoples. All leading to some pretty fascinating stands that can transport people out of the arena in some wonderfully imaginative ways.

However, there’s also been a shift by some countries away from these more traditional methods of engaging with audiences. Countries are embracing technology, and are using this to let people really understand what their countries have to offer using tech such as Virtual Reality.

And at this years WTM, technology was everywhere.

Lovely sights in #Dubai seen at 360 degrees and not just shopping #WTMLDN pic.twitter.com/1QOYrQENGI

This year many stands had introduced VR to their stands to give virtual tours of their countries. You could be transported everywhere from Wales to Abu Dhabi. The only difference being the attention to detail. Some were simply a headset and an experience. But some stands had gone a lot further.

Abu Dhabi, in particular, had placed their VR in a custom built dune buggy, that helped visitors genuinely experience the feeling of driving around the capital city. But this went further than simple VR and featured many other sensory experiences to add authenticity to the drive.

Though VR wasn’t the only tech on display and a lot of stands had incorporated all manner of interactive elements. Bahrain, for example, had a race simulator of their Formula 1 course and was offering a holiday to anyone who could beat a specific time.

All of this excitement and imagination helped show not only the potential of the destinations but also of the technology they used at the event. It was an intriguing fusion of ideas that showed just how exciting and innovative technology could be within the exhibition arena if used with a little imagination.

The future of the travel industry.

Behind all the glitz and glamour, however, was the shows real hidden gem. All the companies, services and technologies that help support the industry.

This part of the exhibition was brimming with ideas and innovation. For these companies, technology’s place in the industry was much more important than merely being a part of the stand.

Just experienced the new airspace cabin of the new A330neo by #Airbus. OMG! It looks so futuristic and amazing. ??? #tapairportugal will be the first airline to lunch it in 2018 and I can't wait to try it live. @tapairportugal #aircraft #thefuture330neo #airbus #future #businessclass #futurelooksgreat #virtualreality #wtmtravels #wtm2017 #portugal #cristinajoyro?

The companies here were pushing the boundaries of the industry and attempting to drive consumer-led technologies that would transform the industry over the next few years. With many turning traditional systems and models on their heads. Covering everything from new payment systems and booking systems to ways to make experiences more and more personal, there were some fascinating ideas to be found.

Some that we fund particularly exciting were:

There were a number of companies with interesting solutions in this area. All were using new technology to help transform one of the industry’s more challenging areas. Like eNett, whose new system would help automate lots of monotonous tasks making things a lot clearer and more straightforward for those using it.

Making international payments with Virtual Account Numbers can save you up to 3% on each transaction. Take a trip to eNett stand TT315 to find out how #WTMLDN @wtmLondon pic.twitter.com/5scjQhzFKP

This is a fascinating new solution to the rise in demand for “authentic” experiences and also a more sustainable approach to tourism. With companies working to provide these experiences in more ethical or sustainable ways that actually benefit the destinations rather than damage them. Companies like Unseen Tours, who work with the homeless in London to provide ethical tours off the beaten track are were generating a lot of interest at the event. And this only looks set to grow over the next few years.

As usual, WTM was a vibrant and exciting show, which always brings with it a lot of impact. But more than ever it is also shaping the future of the industry. What it provides isn’t simply a “flavour” of the destinations but also an insight into how these destinations are changing and what is changing them. It gives attendees the opportunity to really understand an industry in flux, where travel is becoming more and more specific to the traveller’s needs, and how this is happening.

WTM is no longer simply a travel event; it’s far more important. It’s where the industry is discussed, developed and shaped. And that is what makes it the must-see travel event every year. 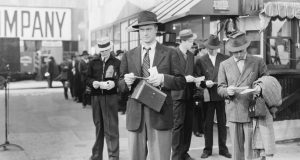 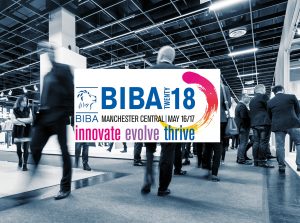